In 1980, a group of employees from local businesses “thought that it was time for black managers and supervisors in Rockford to organize and make a contribution to our community.” And with that, the Rockford Association of Minority Management was born, said Ron Shelby, one of the founders and a consultant for Hamilton Sundstrand, one of RAMM’s biggest supporters.

In 1980, a group of employees from local businesses “thought that it was time for black managers and supervisors in Rockford to organize and make a contribution to our community.” And with that, the Rockford Association of Minority Management was born, said Ron Shelby, one of the founders and a consultant for Hamilton Sundstrand, one of RAMM’s biggest supporters.

Membership has changed through the years, but the education of black youths has been the group’s constant focus. RAMM is the area’s dominant source of college scholarships for black high school scholars.

“Since 1981, we have hosted an annual banquet to honor outstanding black high school scholars,” Cook Kendall said. “Yearly attendance has reached approximately 900 guests. We have awarded scholarships in excess of a half-million dollars to 393 outstanding graduates.

Our statistics show that 85 percent of our scholarship recipients have received a college degree. Out of those graduates, 15 percent return to the Rockford area to begin their careers.” Below, you can meet two young women who have benefited.

Anqunette Parham, 1999 “Receiving a RAMM scholarship was an honor that represented an investment in my future,” Parham said. “It represented a statement of confidence in me and my potential.” Parham enrolled at De- Paul University, where she majored in sociology with a double minor in biology and gender studies. After she earned her bachelor’s degree, she parred a master’s degree in public health.

Parham is among the 15 percent of RAMM scholars who have returned to the community. More than that, she has become a member of RAMM and another prominent Rockford organization, the Pi Gamma Omega Chapter of Alpha Kappa Alpha Sorority Inc.

Now, she has her eyes set on another goal. “I want to run the U.S. Department of Health and Human Services!” She was not joking! Ashley Jackson, 2004 “I appreciated the scholarship,” Jackson said, “and the fact that RAMM is a group of professionals who care about young people going to college and succeeding.” Jackson attends Washington University in St. Louis, where she is majoring in accounting.

She is enrolled in an accelerated degree program, which will allow her to earn two degrees, a bachelor’s and a master’s, after four years.

Jackson is proud of two special honors. “I am one of 19 students who manage over $1 million of special student funds called the Treasury. Although we have a Faculty Advisory Board, decisions are made by the students in charge. The other special honor was becoming the president of the citywide St. Louis chapter of the National Association of Black Accountants.” Not bad for an undergraduate! Although she would like to return to Rockford after graduation, Jackson said she will go wherever a job takes her. That could be Minneapolis, where she will participate in the General Mills intern program.

RAMM can be proud of these two scholars and many more. On Feb. 23, RAMM will host another banquet to honor its newest group of scholars. Rockford and other communities will be enriched for years to come by the presence of adults who can proudly say that they are RAMM scholars.

Name: Rockford Association for Minority Management Founded: In 1980 by a group of African American managers from such companies as Hamilton Sundstrand, Ingersoll Milling Machine, Woodward Governor, Atwood and DaimlerChrysler, who were new managers with no peers to help them be better managers. They also provided mentoring and academic opportunities to minority youths, serving as role models. 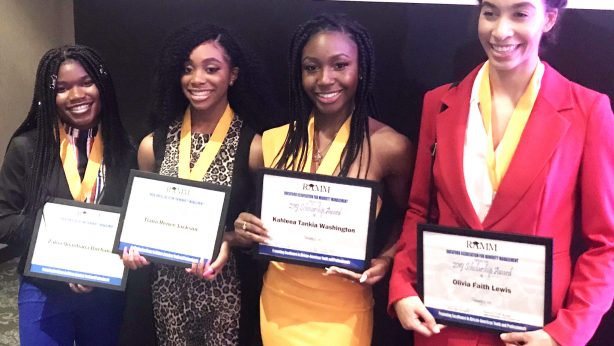 Congratulations to Tiana, Olivia, Kahleea, and Zakia for receiving the... 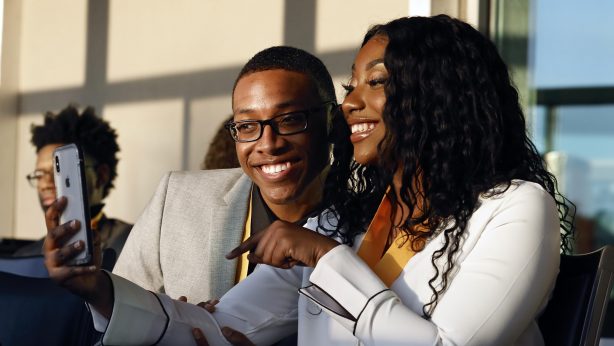 ROCKFORD — After 38 years of awarding scholarships to college-bound...